Vicky is the most gorgeous girl, with a real star presence. She recently starred in Madonna’s movie ‘Filth and Wisdom’, as Juliette.

And now we are delighted to announce that she is taking the starring role in a series of short films exclusively for Illamasqua.

The first in the series, ‘Poem’, launched today, is a poignant portrayal of Vicky’s transformation into her alter-ego through the art of making-up…

Not only will we be bringing you all these films over the next few weeks, but also a fantastic behind-the-scenes look at how we made the film, and an interview with Spob – Illamasqua’s Head of Professional Development – and how she created the look on Vicky for the films, so keep an eye out for them! 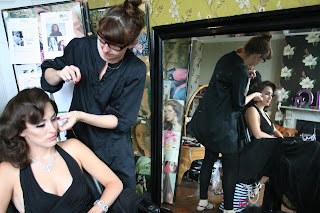 You may remember that Julian picked Vicky as one of his icons, over a year ago. You can read it, here.

Julian tells me, “we are a British professional brand, and I see it as only respectful that we support British professional acting talent. I was instantly attracted to Vicky when she appeared as Lol in Shane Meadow’ multi awatd winning film “This is England”, a film that focuses on the lives of a group of skinheads in 1980s Britain. 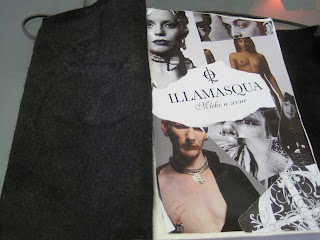 “Vicky’s portrayal took the viewer way beyond the pre-conceived and overt racist stigma that the skinhead movement has been sadly tagged with. Whilst right wing elements did attach themselves to this particular culture the film educated us that the skinhead fashion had its roots firmly embedded in black music and culture. In the film Lol quite simply “doesn’t see colour” and for us as a brand this is so important. All Youth cultures get pre-judged and pigeon holed wrongly… wearing make-up makes others pre-judge you, often wrongly – especially if you are a man. We loved the way Vicky acted a role that smashed these pre-conceptions. For that, she is our muse.”

Vicky’s character sets the perfect example of both self-expression and cultural tolerance: two themes that are at the heart of Illamasqua.

London Fashion Week | What is in Pablo’s makeup bag?

Get the Chelsea Look