With Sophie’s mother, Sylvia Lancaster hosting the game with a class of excited students and a journalist from the Sun Newspaper, the day marked the culmination of months of hard work and dedication to the design and creation of the game for Sylvia. It was time to put the game to the test with the first pupils… 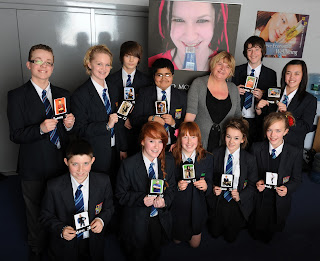 Sylvia took the class through the work behind the S.O.P.H.I.E charity, what it represents and how far it has come. With the students gripped, the game begun… 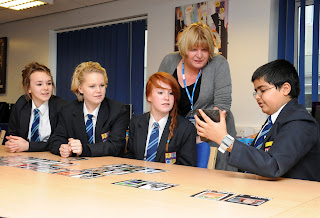 “The game is made up of 30 cards, which represent many common ethnic, religious, social groups and subcultures. The students, split into groups of three, were asked to pick a selection of five characters based only on appearances.” Phoebe Findley, Propaganda 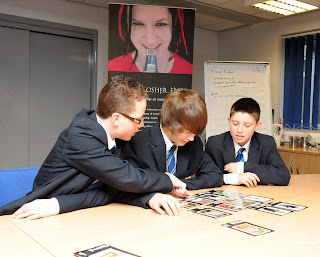 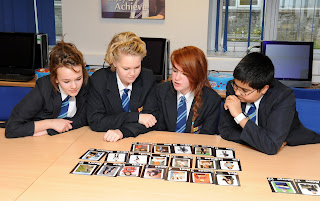 Each of the groups were then asked to express and explain the reasons for their choices and Sylvia was quite overwhelmed by the response.

“It was so fantastic to see the students engaging with the game and they came up with some really intelligent and insightful reasons behind their choices. It was amazing to see the game working, provoking discussion and keeping the students entertained.” Sylvia Lancaster 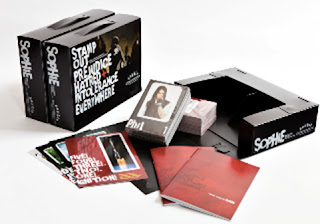 Sylvia is now looking forward to taking the game to schools across the country. She is hoping that in the future it may become a part of the Secondary Curriculum to educate young people in the beauty of difference and subcultures, encouraging them to help Stamp Out Prejudice Hatred and Intolerance Everywhere.

“Playing the film Dark Angel after the discussions was hugely and made me realise how far the charity has come. I felt privileged to launch the game with those wonderful students at the school that Sophie actually attended and I look forward to going back and holding a follow up session very soon.” Sylvia Lancaster

Photographs from The Sun
http://www.illamasqua.com/

Back In Stock – Your Illamasqua Favourites