“A leather jacket is a type of clothing … made from the tanned hide of various animals. Leather jackets can be designed for many purposes, and specific styles have been associated with the subculture called greasers, motorcyclists, military aviators, police, and music subcultures (punks, goths, metalheads, rivetheads), who have worn the garment for protective or fashionable reasons, and occasionally to create a potentially intimidating appearance.” – Wikipedia

Interesting points there… “made from animals” and “to create a potentially intimidating appearance.”

Originally, I wanted to write this piece after seeing the ‘Girl With The Dragon Tattoo’ and seeing it’s heroine Lisbeth Salander – the provocative, punky heroine of the movie rocking a slick leather jacket.  [Well, anti-heroine really as it’s difficult to sympathise with her actions throughout the majority of the movie!]

And it’s the thought I had as I walked out of the cinema… why is the anti-hero/ anti-heroine star of movies almost always reliant on a wardrobe that includes a leather jacket? [side note: the costume designer of the Girl With The Dragon tattoo even had a capsule collection with H&M, including the star piece: a leather jacket.]

How did leather jackets become of the most iconic items of the 21st century? 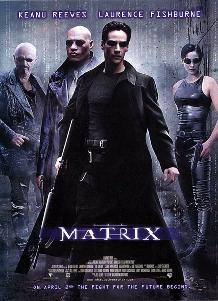 I think it’s more about functionality for the character and less about the fashion. Most leather is hardwearing, has plenty of pockets, is protective … both literally, and metaphorically. Perhaps it’s because the leather has a tough exterior, protecting the person inside? Lisbeth is certainly not someone you would mess with, but you get the feeling that she is damaged and vulnerable on the inside.

In a nutshell, it seems to be an iconic piece of clothing that as soon as you see it on a wearer your brain is automatically tuned to think “a bit damaged, potentially dangerous, unpredictable, complex yet vulnerable” as an immediate judgment of that character… think James Dean in ‘Rebel without a Cause’, Marlon Brando in ‘The Wild One’, Arnie in ‘The Terminator’, Harrison Ford in ‘Indiana Jones’, Kate Beckinsale in Underworld, Keanu Reeves and the rest of the cast of ‘The Matrix’, Brad Pitt in ‘Fight Club’… the underlying anti-heroes and anti-heroines of these films all have the leather jacket as a staple part of their uniform as “the tough guy.”

And what else? These characters are arguably pretty damn sexy – especially to women who are attracted to the bad ass nature of these characters. So why is the leather jacket so cool?

The Flashing Blade: A cotton bug wearing a leather jacket.” – On The Waterfront, 1954 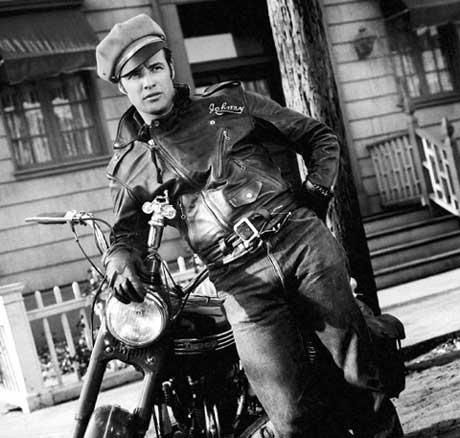 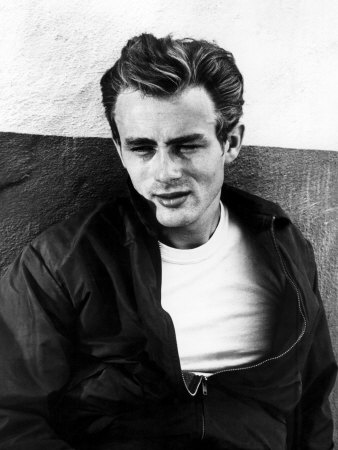 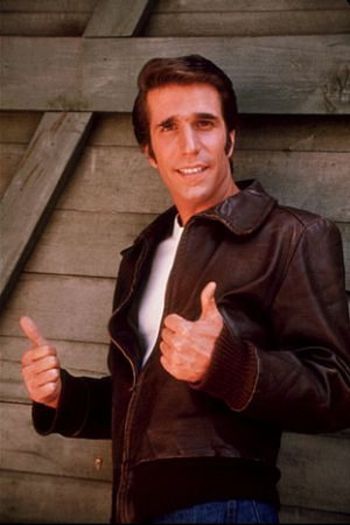 It’s history is embedded in the military; aviators in the early 1900’s donned padded versions for protection and comfort, so the early association with leather jackets is that they were used by men in the forces. The “cool” factor of jackets definitely sky rocketed during the 50s and 60s “greaser culture” [Elvis, The Fonz from Happy Days, the T Birds in Grease] and again the late 60s and 70s with the Black Panther movement and adoption by music stars such as Debbie Harry, The Ramones and The Rolling Stones- normally donned with some blackout sunglasses, too. 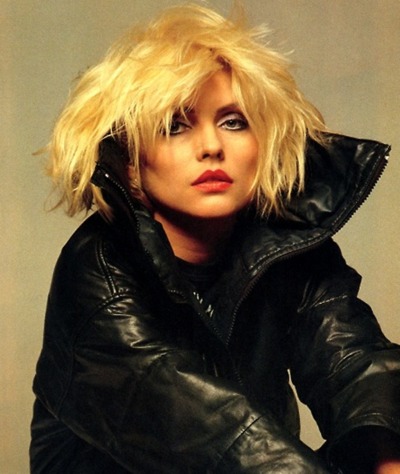 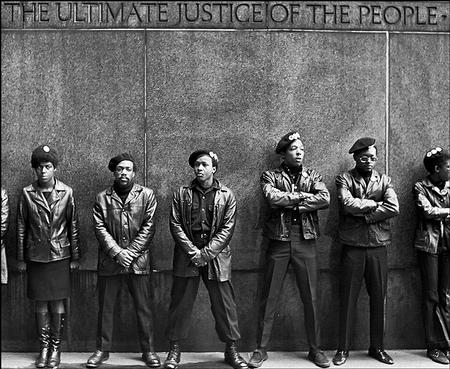 It didn’t take long for leather jackets to be adopted by the music industry, mainly by artists who consider themselves tough, unpredictable and cool – during the late 70s and 80s the punk scene added another rebellious spirit to the leather jacket with The Clash and Sex Pistols, customising by adding their own twists, adding chains, locks and studs.

“BURY ME IN MY LEATHER JACKET, JEANS AND MOTORCYCLE BOOTS” – Sid Vicious in his suicide note. 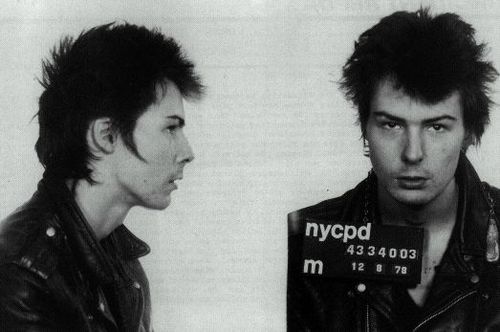 Brit Pop in the 90s also kept the leather jacket at the forefront of cool – Blur, Oasis and U2 kept the piece in the public eye.

But … is it really that cool? Whilst most people acknowledge that leather is a by-product of the meat industry, there is a rising voice that is not the case, including fashion designer and renowned animal activist Stella McCartney, who has recorded a video for PETA  on the real way that leather is culminated for fashion use. Be warned this is pretty harrowing – click here to watch.

I’m going to admit – I’m no expert on the leather industry, and undecided in which camp I sit, but I don’t wear fur nor would I ever condone the use of it [I boycott brands that use fur such as Fendi, Julian McDonald, Armani…] but the evidence is mediocre at best… and the faux leather industry is booming; there are some really convincing copies on the high street now.

I asked our Facebook fans for their thoughts, and here are some of the views …

” I have four and could NOT live without them. I also have multiple pairs of leather shoes, as I imagine most people do.” – Jo B

“Its cruel. Anyone who believes leather is a byproduct is mistaken.” – Princess S

“I’ve had mine for over 10 years, it’s pretty much my oldest piece of clothing that I regularly wear. I’d say cool, but only if people treat it as an investment buy and give it a lot of wear before they get a new one” – Nina N

“its definately cruel…..do we rip off the skin of humans and wear it after weve died..or in an animals case killed for human consumption!” – Jayne S

Blusher Brush I plus Powder Blusher

GET THE LOOK: Makeupbyjaack creates a Beyond Liquid look

Best of Social Media: May