David joined Illamasqua just over a month ago, with the task of setting up our highly anticipated School of Make-up Art at 20 Beak St and heading up our Product Development team.

Having led such a colourful life, and with a wealth of experience under his belt, I was looking forward to having a sit down with him to talk make-up, influences and subcultures… 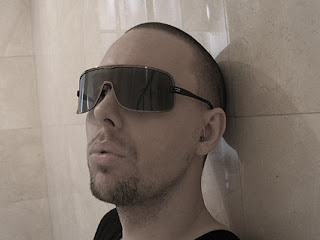 A: How did you get in to make-up as a career?

DH: I studied Graphic Design at art school in London, and got a job at Disney as a Merchandise Designer. Not long afterwards, Disney moved their HQ back to the USA, shortly after which I fell in love and gallavanted off to Berlin.

Berlin was the hub of creativity in the 80s – it was like moths to the flame for artists, creative thinkers and boho misfits. I was there to help smash down the wall in ’89.

Not long after wards, I came back to London and worked at Selfridges and later for MAC where I met a lot of people like Alex Box and Terry Barber, who were working on counters just like myself. In 1996 I played a part in setting up the standalone store in Kings Road and that’s when I knew I wanted to teach and create.

A: Who/What were your influences growing up?

DH: I came from a very creative household; my mother was a seamstress and painter. I was always very attracted to the heritage of Germany as a country, especially Berlin, and have always had a fascination with cultures. The Arabic culture for example is a huge influence for me, and anyone that pushes boundaries and re-considers preconceived norms. I was also in to the fetish and alternative scene, themed parties that allow you to get creative and dress up to become someone else for the night; I think this is why Illamasqua and I are working so well together – I have been celebrating my alter ego for over 20 years! 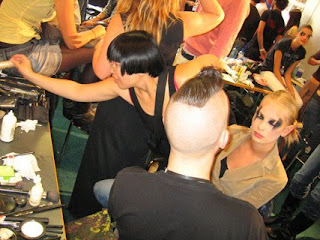 A: Have you worked in a teaching role before?

DH: I was promoted to trainer for MAC in the UK and Germany [I speak fluent German] as well as Switzerland and eventually I was training all over the world; Canada, Russia, USA… I was living out of my suitcase. Socially, it’s a difficult and sometimes isolating job and I felt I was on more friendly terms with the staff at Heathrow than with some of my friends. That’s when I knew that I wanted to stay in one place. I left on sabbatical to go to the London College of Fashion to run a fashion editorial course and also take a teaching degree at the same time in Art and Design. I was most recently at Jemma Kidd as the Director of Education and am looking forward to my time at Illamasqua’s SOMUA!

DH: New Product Development was always something that interested me in my MAC days. As part of the colour team, we were always exploring, mixing, preparing colours which we would then put forard to the development team. I worked a lot on catwalk assignments so I was always creating colours specific to designers needs.

A: What attracted you to Illamasqua?

DH: It’s a natural connotation – intense, professional product for an intense, professional man! Alex Box approached me as she believed I had a vision similar to hers and that with my background, I was the right person to help to take the NPD forward and help to develop the school at 20 Beak St.

It was clear from the very start what a dedicated team Illamasqua had and that founder Julian Kynaston had created a beautiful, innovative vision that I wanted to be a part of.

You’ve been inspiring us…

Behind the Scenes at the Theatre of the Nameless

All Walks Beyond The Catwalk

Cosmetics and their role in feminism