Saturday 30th October saw a multitude of celebrations across Illamasqua counters in the UK, Australia and Dubai!

Not only did we have the perfect excuse to dress up for Halloween, but many of us from HQ came along to work side by side with the artists on the counters!

This write up is about the activity at the Flagship store at 20 Beak Street, as that is where I happened to be, along with Rosa [PR and Press Manager], Halimah [New Product Development Assistant] and Jonathan [Retail Operations Manager]. Emily, Daniel, Amanda, Sally and Ian were the professionals on the day and we had such a great time, as you can see in the pics below! 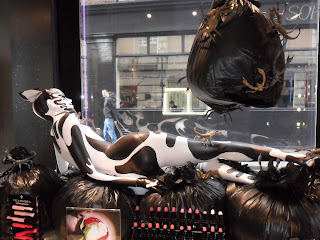 Everyone had interpreted Halloween differently and the teams’ make-up spread along the spectrum from beautifully colourful [Amanda], technically astonishing [Daniel and Emily], darkly gothic [Ian and Rosa], Tim Burton-esque [Halimah] 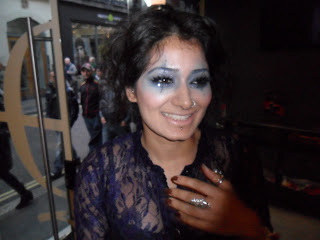 and glam vampire [me!] 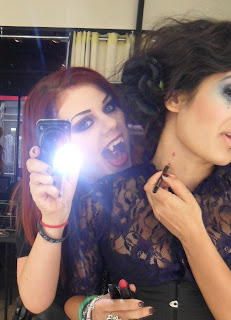 We also had Mika pop in to create his look [wearing a hat created by Alex Box!] which is … well, I didn’t get to ask him about his inspiration, but I will include it in the write up about Selfridges activity next week. 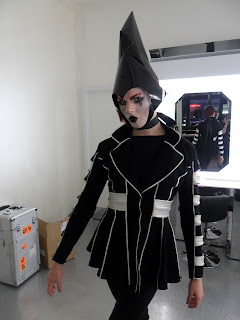 We were delighted and honoured to have Viktoria Modesta, the wonderful singer, come to the store to perform some tracks for us throughout the day that really got the crowds in; a short video will be available on Youtube towards the end of the week with the highlights from her performance and the make-up on show, including a quick demonstration from make-up artist Amanda on the versatility of Pure Pigments… 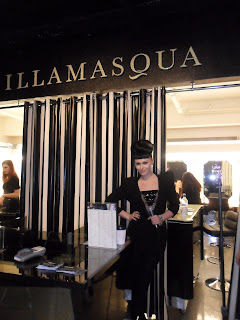 Viktoria wasn’t the only Illamasqua evangelist to grace the glitter floors of the Flagship store; Jodie Harsh and her entourage including the world renowned model Polly Fey came along – Polly even allowed me to create her look for the night, as you can see below! 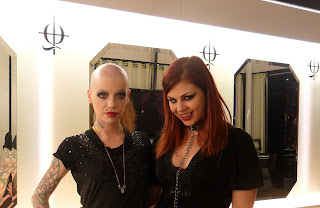 The Circus founder Jodie had her make-up done by Halimah, who created a sparkling look for the Drag artist’s performance later on in Cambridge. 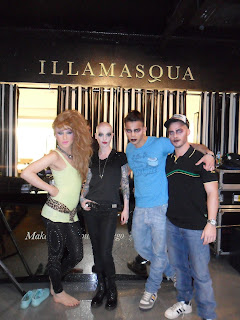 We also had the stunning Munroe Bergdorf pop along before her night at The Green in Islington, and the likes of Alice Cooper, Jessica Jane Clements and Lee Stafford popped in for some inspiration for Halloween! 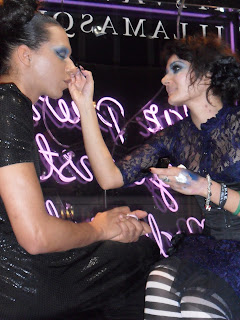 I will be writing about the antics of the other counters later in the week… stay tuned! And for more images, join the Illamasqua Face book page… 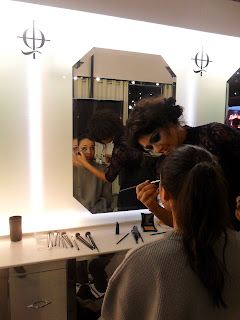 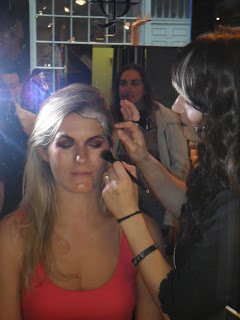 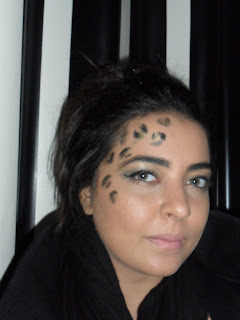 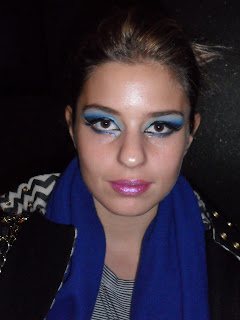 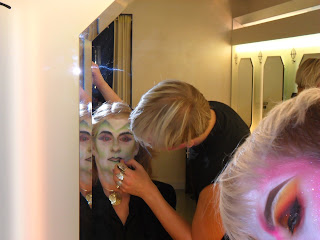 Product of the Month: Lipstick in Shard

Behind the Scenes: Patricia