Katharine Hepburn has always been revered as a beauty influence for Illamasqua due to her spirited personality and fierce independence in a time that female stars were regularly sexualized and patronised within the film industry. 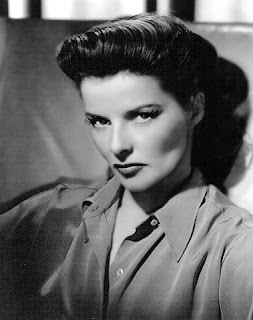 Her outspokenness and difference was enough to ensure her early career [other than her Academy Award for Morning Glory] was largely a failure on a commercial level. Did Katharine fade away? Did she hell! She bought herself out of her current film contract, purchased the film rights to The Philadelphia Story and sold it on with herself as the star. The movie was a huge hit [and now a cult classic] and Katharine hit the dizzy heights of A List stardom, becoming the most bankable actress of the 1940s.
She ended her phenomenal, 6 decade career, with 4 Oscar’s under her belt and an array of nominations. 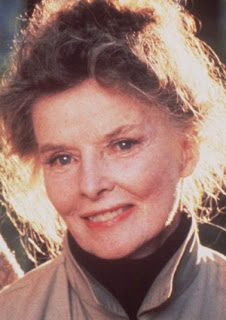 Not only was she a natural beauty, but when glammed up she was dazzling. She loved to wear trousers and other casual clothes – unconventional in the era of Golden Hollywood – but her make-up was very much in the style of the day.
GET THE LOOK
Defined brows, a full mouth and lashings of mascara were the focuses of Katharine’s 1940s make-up.

Illamasqua Eyebrow Cake – Gaze
Begin by applying Skin Base Foundation for a naturally glowy finish that needs minimal powdering over the T Zone only – try Loose Powder 010, a finely milled powder that will fix your make-up in place whilst never appearing heavy.
Katharine had natural cut-glass cheekbones, but if you are not blessed with the same, emphasise yours with Powder Blusher in ‘Disobey’.
For the eyes, minimal eye colour is needed – especially in black and white films! Emphasise shadow and light by dusting over Powder Eye Shadow in ‘Lestat’ over the entire eyelid, and highlight under the brow bone using a soft peachy nude such as Powder Eye Shadow in ‘Succumb’.
To get in to the 1940’s spirit, use a traditional Eye Brow Cake – Illamasqua’s one comes with a very useful mirror – and draw on using an Angled Eye Liner Brush, Line the waterline with a light coloured pencil such as Medium Pencil in Vow [a cool nude] that will brighten the whites of the eyes. Lashing of Mascquara in Raven [a deep jet black] will give eyes the sex appeal, or add on lengthening False Eye Lashes such as 005. 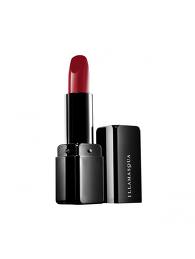 Illamasqua Lipstick – Box
The cherry on the cake of this look is a cherry lip! The cupids bow is softer than from the 20s and 30s, and extended across the entire lip for an exaggerated pout. Use any shade from bright red to vampy berry or mahogany brown: Illamasqua has 14 shades to satisfy your inner 40’s goddess…
http://www.illamasqua.com/

An Extra-Ordinary Gift This Christmas

Remember All, Stand up for Peace