A ten-year veteran of the beauty industry, Francesco began his studies at the internationally renowned London College of Fashion, where he studied makeup artistry. He then received a degree in theatrical and special effects makeup from Ealing Hammersmith & West London College after mastering such as prosthetic work and creating cuts and bruises. Upon the completion of his formal training, he began working professionally as a freelance makeup artist, lending his creative skills and expertise to the MTV Music Awards, Party in the Park Concert Series and the BBC. 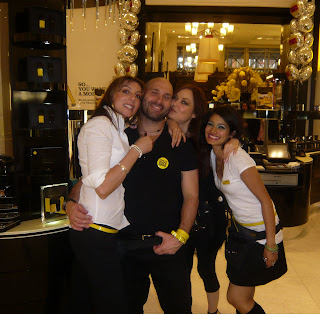 He was also part of the makeup team for the Academy Awarded nominated film, Billy Elliot.

Francesco has also worked with the likes of Kate Moss, Christy Turlington, Isabella Blow, Eva Herzigova and Destiny’s Child as well as working under the legendary Pat McGrath at London Fashion Week for shows such as Fendi, Alexander McQueen, MaxMara and Alessandro Dell’Acqua. 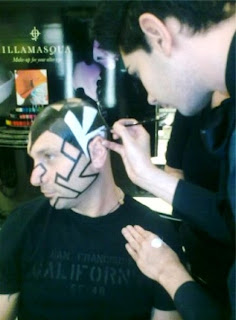 He has also worked with an impressive amount of publications such as Vogue Italia, Vogue Espana, Italian Marie Claire and You magazine.

As an artist, Francesco acts as a liaison between the high fashion and consumer worlds. His immense talent and experience enables him to understand and exemplify all that makes Illamasqua truly unique, and his technique and understanding of this brand trademark style make him an integral part of the team. To book in with him at Debenhams cardiff, call
0292 034 2278

A Little Bit Of Inspiration…