With the legendary late Leigh Bowery as a brother-in-law, Boy George as your best mate and having been painted nude by Lucian Freud, it is with a certain amount of anxiety and trepidation that I met up with make-up artist Christine Bateman for an exclusive interview… 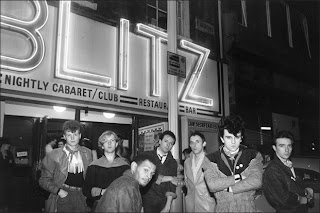 I needn’t have been shy though as Christine instantly made me feel comfortable with her contagious sense of humour and madcap stories. Christine, who was one of the make-up artists for ‘Worried About The Boy’ – the BBC drama about Boy George’s early years that was on last month in the UK – has recently returned from Glastonbury after creating the looks for Boy George for his knock-out performance…

Hi Christine! What is it like Boy George’s number one Make-up Artist?

George is really good at applying his own make-up – he had to be before he was famous and could afford to pay someone to do it for him, haha! I have known George for absolutely years, since the dawn of the New Romantics, so I was invited to be on the make-up artist team. 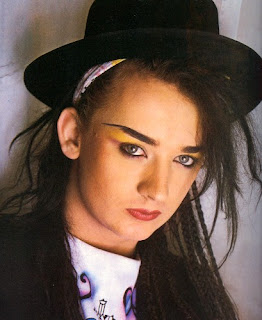 We used similar methods on the Worried About The Boy biopic to what George used back in the day to keep the look as realistic as possible. We picked up face paints from Charles Fox and used a lot of Illamasqua products. Pretty much every extra on set was completely Illamasqua-d!

He has the quickest wit in the wold! And he knows self-expression like no one else; he was painting lines on his face, graduations, fade-outs etc… before anyone! 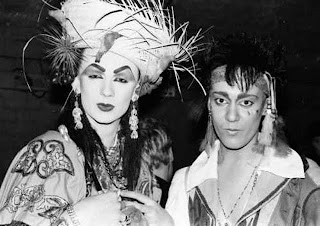 What has been your experience of the New Romantic subculture?

I lived it. My nickname was Skunk! I had this stripe of blonde on black. I was a cross betweena Mod and a New Romantic; backcombed to death and drenched in make-up; lots of kohl, a beauty spot and all that. Body art was massive back then. 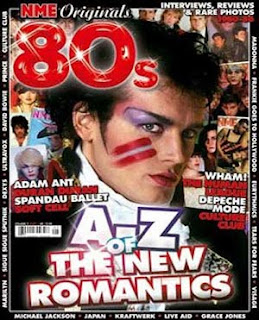 We [Christine, her sister Nicola Bowery, Boy George, Steve Strange, Marilyn et al] used to go to all the nightclubs; the Blitz, Billys, Leigh Bowery’s [the legendary designer/performance artist/actor/singer/model who heavily influenced the 80s and 90s London and New York art and fasnio circles inclduing the likes of Alexander McQueen, Lucian Freud, Vivienne Westwood, John Galliano, David LaChapelle and numerous nu-rave artists] nightclub Taboo… it was all one big part scene and a creative hotbed of ideas. It was all about the fashion and the fun. 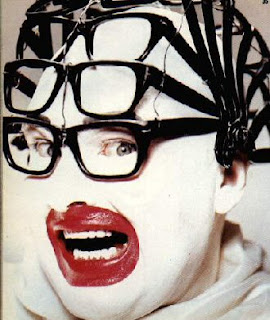 It was a bit like going down memory lane when George and his Director Chris Renshaw came up with the idea of his musical Taboo which captures the essence of this time. Working on this show has been one my career highlights. I designed the make-up for both the Broadway and Westend versions. The cast has included, amonst others, Matt Lucas and Julian Clary, so it’s always a great laugh.

The lifestyle of the Blitz Kids is often romanticised – what are your thoughts and feelings on the era?

It was all about the night out; being creative, self-expressive and outdoing everyone else. Everyone wanted to be the centre of attention. it was an extreme situation so there are some extreme behaviour. Drugs is regrettable but it did encourage creativity.

In terms of style, the Blitz Kids lifestyle was groundbreaking. It was a one-for-all-all-for-one type attitude; we livedin squats and it broke social and cultural barriers. We lived with whoever, whatever and it didn’t matter to us. We had legendary parties that signaled a revolution. We reclaimed the British textile and fashion industry by bringing it back to Britiain – it wasn’t a great time under the thatcher regime for jobs so we found a different avenue and created our own jobs. We introduced video culture; filmmakers, artists, singers, songwriters, models, designers… we became a source of tourism, we became commercial.

THE NUDE REVOLUTION – GET THE LOOK: @PENNOLD

PRO TIPS: HOW TO BUILD A GLOWING BASE

BEYOND LIQUID: HOW TO GO FROM SUBTLE TO STROBE