Illamasqua’s renowned and iconic Make-Up artist Mika hosted a fabulous evening earlier this month to illustrate how to emulate the look of the muse of Liquid Sky.
Revealing snippets and short clips from the film for inspiration for the mood and aesthetic of its genre, the intimate class were invited to watch a tutorial of how to re-create the impression of the film. 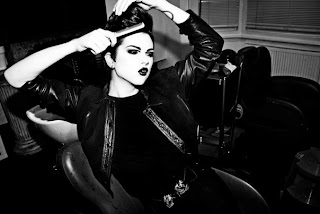 Liquid Sky is widely recognised as an inspirational film and Creative Director of Illamasqua, Alex Box was quoted as saying ‘it is one of the most referenced movies in fashion’ whilst she was in store beforehand.

In an interview with Mika he defined his reasons for choosing Liquid Sky…
‘I chose the film as it represents a lot of things we relate to as a brand. Individuality, androgyny, self expression. Anne Carlisle the main actress plays both main characters, a male and a female. Androgyny is something I love and it’s great to see how make-up is used to accentuate or lessen certain features in order to make one person appear as either gender. There are great make-up looks throughout the film, a huge source of inspiration.’
Guests were treated to refreshments and a Make-Up demonstration. A bespoke exclusive 6 peice collection was created for the night which complimented the look of the film perfectly. This included RF in 100, Medium Pencils in Bait, Debonair, Paint, Feisty and the Powder Blusher in Panic. 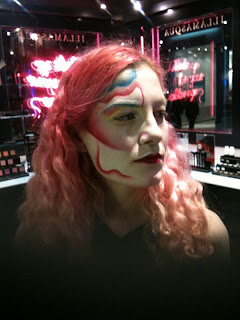 Mika described how he inspired the transformation…
For the look I used RF100 as a base to show off the colours in the most dramatic way possible, buffed to perfection using Blusher Brush #1 in circular motions. Next I demonstrated the possibilities of our Medium Pencils in the primary shades Debonair, Paint and Feisty. 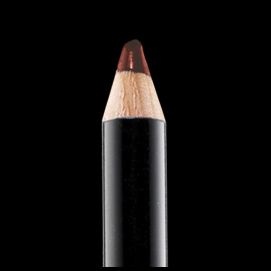 These three are great for any kit as you can mix them to create any colour, I also used Bait for a great intense neon pink glow. Pencils were blended out with the Eye Shadow Brush. Any make-up fan knows how hard it is to find a perfect red powder so I used Powder Blusher in Panic for a perfect, aggressive red cheek!
If you have been inspired by Mika’s inspirations, look out for the next film focus…
http://www.illamasqua.com/

A Day In Paris With Nomad

‘How to take the perfect lip selfie’ by Rae + Words