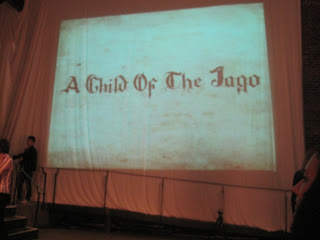 Wednesday 24th February saw the close of London Fashion Week and the last of the Autumn Winter shows from British soil! The official final show was A Child of the Jago, the menswear label from Joe Corre and Simon ‘Barnzley’ Armitage. 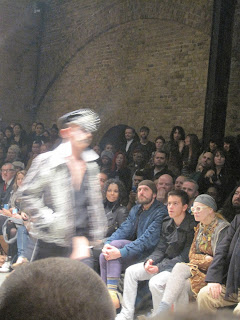 With front row guests including Vivienne Westwood and Janet Jackson, this was one of the hottest tickets in town and the show did not disappoint.

Illamasqua’s art team consisted of Lucie, Helen and Francesco [Helen worked on the Spring Summer 2010 A Child of the Jago show] and with the variety of clothes and themes from the designers, it made for an interesting mix of make-up looks; from clean-cut libertines to Gangs of New York-inspired grit and grime and Victoriana highwaymen. 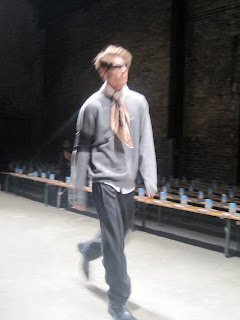 The historical references were as rich as the velvet jackets and the social spectrum of the characters represented created a feeling of free artistic licence – which we at Illamasqua obviously celebrate! 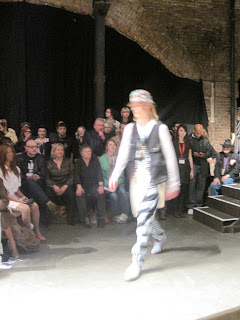 As you may be aware, the brand’s HQ is located above ours in East London, so it’s been fascinating for me to sneak up there now and again to watch them put the finishing touches to their clothes. As I was making my way to the show [I got some great backstage footage, so look out for a video to be uploaded to Youtube soon!] I saw Barnzley [co-owner of the brand] packing a van with the pieces from the collection, so I squeezed in with them to the show and managed to introduce myself. He is a real character and absolutely embodies the aura of the brand which is really inspiring. He told me all about his colourful life and also mentioned he is up for wearing make-up, so I will try and get some pics up if he comes good! 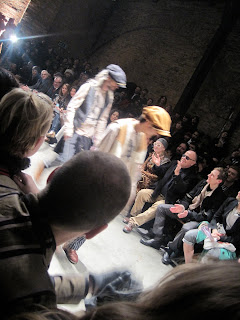 ‘Designed By You’: Create a New Nail Varnish Shade of You